For the past several years Social Media has been the buzz of the marketing world. But even as social channels grow engagement seems to be dropping.

The amount of social content is increasing exponentially but the level of engagement is way down. There will be many thought pieces written about why that is and how to fix it, but from where we are sitting the answer is simple. Saturation – there is a lot more content proliferating which means that you have to up your game. You have to be better than the rest and stand out more than ever before.

A lot of the companies who have spent big will look at this as a problem – we see it as an opportunity. Here are some key things to understand about social media & social media marketing for 2016 and beyond.

An Increase in Followers Does Not Equal Engagement

In 2015, according to Forrester research, top brands posted:

This represents a minor increase in the number of posts for Twitter and Facebook and more than a 50-percent increase in posts on Instagram over the prior year.

While the change does look like it helped increase the amount of followers a brand might have, it has definitely not helped with overall engagement. With social media the goal is to not just get a massive audience but to get the RIGHT audience. People who have a known interest in what you do or sell. 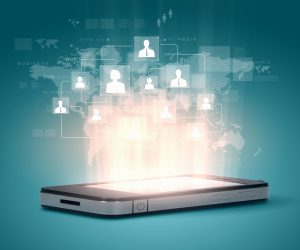 Some believe that a lot of the decreased engagement on social media is due to the fact that most platforms now expect people to pay for advertising there. This could be the case, however we have found that it’s easy to develop audience organically on platforms like Twitter if you put in the time and effort to curate good content and go after the correct audience.

Saturation is also a big problem though. A recent piece in Harvard Business Review described the content marketing problem of the last several years. Due to ad blockers, DVR, and other sophisticated methods users now have several methods of avoiding advertising. As a result, companies have to do more to get their brand in front of an engaged audience. This has resulted in the branded content boom – however the results have been mediocre at best. Brands have spent billions trying to create communities on social platforms but still largely lose out to a typical YouTuber in the way of overall subscribed and engaged users.

One of the big problems right now is that companies still try to measure the effectiveness of social campaigns by metrics such as “Likes” and “followers.” While this is important to keep track of, there are a large amount of artificial social accounts and activities. So relying solely on the amount of new followers a campaign brought could be a useless metric if a week later Twitter scrubs fraudulent accounts and your following drops substantially.

There needs to be a paradigm shift in how social metrics are accounted for. As one example, a tweet that got a large amount of shares or drove a large amount of clicks to a piece of content is probably a much more important metric to look at than how many aggregated followers you gained in a month.

Additionally, driving traffic to a site might not be your goal anymore. A lot of users never visit the homepage of a site and for a lot of media markets the action IS on their facebook page. In those cases how many views a video generates on Facebook or how many people shared it there is a much more important metric. So now that social has become an important part of the media mix marketers need to pay more attention to these types of specific metrics than aggregates of “likes” and “followers.

There are no longer just direct paths to customers through your website or ebay store – there are now hundreds . Expect this number to increase exponentially in the next 5 – 10 years the same way it has previously. New devices will enable new targeting and marketing opportunities.

Smart brands will have a visible presence in every single channel available to them. The beauty of digital is that maybe some of these channels only refer a small amount of business, maybe some none. However, by proliferating you will be able to find that one or two channels that really does bring the type of customers that are loyal to you for years to come.

Marketers are so busy being excited about the latest toys like paid Pins on Pinterest or Snapchats platform they forget that this shouldn’t be about the platform but about building relationships and communities.

Here at Apex, we advise our clients with something along these lines:

“Think of your social media channels as a farm. If you do your chores every day (posting & sharing relevant content, favoriting things you like, replying to users) like a farm you will reap a bountiful harvest. The key is doing the work every single day and never letting up. As soon as you start to slack or let up, your harvest will be affected so keep doing your chores every day and reap the rewards.”

We sincerely hope this was useful to you and thank the kind folks at Marketing Land for providing the inspiration and the reference for this post.

One thought on “Understanding Social Media Marketing in 2016”