We cover social media quite a bit on this blog for a few reasons. The main one being it’s important! Businesses who haven not yet harnessed the discovery engine that is Twitter – are missing out. Facebook is a great way to share amongst and engage with your fans. Pinterest, much like Twitter is a great discovery engine, especially if you have great image content to share. The key as a business is finding the right platform to engage the most receptive audience and once you find them consistently providing them with content to consume. 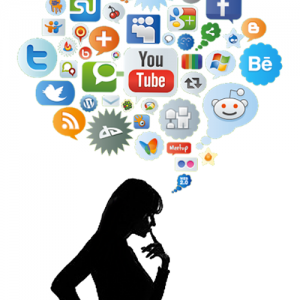 In 2016, watch for curated content on social networks to become even more important. Twitter’s Moments will expand to more countries. Instagram’s early efforts in curation ought to continue to expand with its Spotlight Compilations and trending videos features. Meanwhile, Facebook is considering topic-based News Feed sections and has already done one experiment with Sports Stadium — a real-time sports feature currently focused on the NFL.

Curated content provides a lot of context for advertisers, leading to higher ad prices for anyone that draws a large audience to its collections.

You’ve heard of e-commerce no doubt, if not you probably just woke up after being frozen in a block of ice for a century. Social commerce is the next step in the evolution of e-commerce. With the proliferation of social media networks, now users are beginning to buy and sell products through these platforms – enter social commerce. 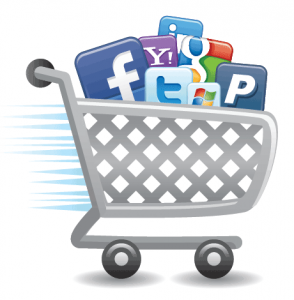 With mobile commerce growing 60% year over year (according to comScore), the big social networks are at the ready with new apps. In addition to being able to sell to people Facebook, Twitter, and Pinterest also know what people like! So it’s very easy to target products and services to users who have a known interest in what you are peddling.

Twitter eventually integrated Periscope into it’s app allowing users to view streams in their timelines. Facebook is also working on public version of a live streaming feature for iPhone in the US. This feature has been around for a while but was previously only available to select celebrities and journalists. Once Facebook opens their live streaming feature up to the public you will see it become a much more mainstream thing.

Social Media at The Office

Facebook announced the launch of “Facebook at Work” this year, which provides a familiar user experience to help make workers more productive. What exactly is Facebook at Work? Well, here’s how Facebook describes it:

According to The Motley Fool – Facebook at Work has been in a private beta since last January and has already signed several large businesses. The Royal Bank of Scotland plans to add 50,000 of its 100,000 employees to the network by mid-year.

LinkedIn — the online professional network — has been mostly idle in this space as competitors continue to improve their offerings for business professionals.

Social Media is a rapidly evolving space and anyone be they a business or individual seeking success online should embrace and use these tools to the best of their advantage.

One thought on “Social Media Trends to Watch”